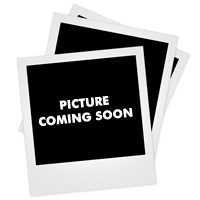 Richie Santa is a singer/Elvis Tribute Artist, who was born and raised in Brooklyn, NY and now lives in Staten Island, NY only twelve miles from where he initially grew up.

Being exposed to Elvis at the early age of eight, Richie was instantly a fan! As the oldest of three boys, Richie would share his love for music and Elvis with his brother Robert, who is also an entertainer. Trying to sing and move like the KING became an everyday occurrence in the Santa household.

Richie's career started in 1982 with a band called Neighborhood Jukebox. Jukebox was an oldies band and some highlights included opening up for Roy Orbision in 1984 and singing live on the Don K. Reed Do Wop-Shop Radio show on CBS's 101.1 FM.

It was around that time that a friend and then unknown comic from Brooklyn named "Andrew Dice Clay" had gotten his big break and asked Richie and his band to back him up at such venues as PHILI SPECTRUM, LA FORUM, NASSAU COLISEUM, etc.. Richie also got the chance to meet many stars along the way such as Jerry Lewis, Danny Aiello, Arnold Swartzenager and Rodney Dangerfield Etc...

The highlight to touring with Andrew Dice Clay came in 1990 when the movie DICE RULES was filmed at MADISION SQUARE GARDEN. Richie still remains good friends with Andrew and on occasion will still perform with him.

Singing professionally for over 30 years and with thousands of shows performed, Richie has covered many different artists such as: Frank Sinatra, Frankie Vali, Andrea Boccelli, Journey, Aerosmith, AC DC, Al Green, Michael Buble, Bon Jovi and the list goes on and on. Although covering these artist are enjoyable and great in their own right, no one has influenced him like the "KING"

Elvis is the reason Richie became an entertainer and WHY he is still going strong today! The last 7 1/2 years have been exciting as Richie has been pursuing his career as a tribute Artist. Being the same height and weight as Elvis in his prime makes his show a more believable experience. Then add the power of Richie's voice and the transformation is complete.

In the last seven years Richie has performed over 500 shows as an Elvis Tribute Artist focusing on the Vegas concert years. Most of these shows have been private affairs, but just 5 years ago Richie decided to get more involved. In July of 2011 he was part of Elvis Fest at the Hilton in Las Vegas. Soon after that Richie was off to Memphis for Elvis week. While in Memphis he performed at the Cedar Hotel and at Graceland Plaza and also managed to compete in his first contest IMAGES OF THE KING where he made it to the finals. Since then Richie competed in the Pocono Mountains, Lake George and New Hampshire etc..

The Love and respect Richie has for Elvis is evident in all of his performances!

Anyone who knows about Elvis knows how much he cared about his career and how much he loved his fans and treated them with kindness and patience.

Being a personable person by nature, Richie truly enjoys all the fans he has met along the way to celebrate the KING's music. There will never be another Elvis Presley. He lit the torch, but as long as his fans enjoy and support all the ETA's, then Richie will continue to perform his show with the passion and the commitment to the greatest entertainer ever to grace a stage.

How to hire Richie Santa for an event

Learn how to hire Richie Santa or research availability and pricing for booking Richie Santa to perform at a corporate event, fundraiser, private party, social media campaign, fair or festival, tradeshow or conference, endorsement project, or hire Richie Santa as a guest speaker, please submit the form to our agency.

Will Richie Santa do a virtual event during COVID-19?

Many performers, actors, speakers and other talent like Richie Santa, with postponed or cancelled events due to COVID-19 are now, in certain cases, considering virtual appearances via live streaming. They perhaps may accept lower fees too. If you are seriously interested in booking Richie Santa or other talent shown on our site, we will research their desire and the specific fee for your live-streaming event or project request.

Is Richie Santa available to work my event?

Richie Santa's current work schedule and location in relation to your event's type, date, budget, and locality will play a primary factor in the acceptance of booking Richie Santa for your party. As long as your funding is commensurate with the price range to book Richie Santa, CTI will propose your event to the official agency representing Richie Santa. After we consult with them, we can circle back with you to provide a personal and accurate quote that includes: final costs, availability, and actual interest in being hired for your specific event or party.

How much is Richie Santa charging for events?

CTI can give you the accurate Richie Santa booking price once we submit your event details to their camp. "How much does it cost to book Richie Santa for an event?" is a frequent question we get, but the final Richie Santa booking price is contingent on many variables and the booking fee we may show is based on a range derived from our past experience with what will Richie Santa charge for an event. One example fee to book Richie Santa is in the starting range of $15,000-$24,999. Also, their speaking fee might be different than the fee shown for the cost to perform or to just appear. Popularity, career stage, along with current demand will cause fluctuations in their speaking price too. The final booking price may be more than what is shown, but you should at least have a budget within that range for them to consider an appearance, performance or speaking engagement.

How do I contact the Richie Santa agent or manager?

CTI negotiates on behalf of professional event planners and talent buyers for paid appearances! We cannot give out direct contact information of the Richie Santa agent or help distribute fan mail, personal messages, gifts, requests for free appearances, or donations of time. The Richie Santa manager and agent will only work with us if we present them with funded offers for their client to work your event.

Can I book Richie Santa for an event at a price less than shown?

There is low probability to book Richie Santa for a party with anything substantially less than the published booking cost price range. We will negotiate with the Richie Santa agent on your behalf, but if your funding is not in place then it will more difficult to book Richie Santa, because they get many offers to work events that are at or above asking price. It is also important to consider the travel costs when researching the Richie Santa booking fee, as additional expenses like this, as well as an entourage of staff and equipment, are not necessarily built-in to the booking fee range shown. If your budget does not factor that in, then there is no benefit for them to want to be hired. We do not personally speak for Richie Santa, but in our experience in booking talent for over 25 years, this is generally the outcome of inadequate funding.
Categories
Type
Performer
Style
Tribute Show
Range
Elvis, Impersonator, Eta, Elvis Impersonator, Tribute Artist, Singer, Performer
Bookmark and Share
Minimum Fee - U.S. Dates
$15,000-$24,999
Virtual Event
Contact for fee
Minimum Fee - Intl. Dates
Pricing Note

CALL US TODAY (725) 228-5100 and speak with a CTI Richie Santa booking agent to get direct availability and pricing for having this talent to work your event.

Richard Cheese & Lounge Against The Machine

CTI is a celebrity booking agency for paid events. We do not: handle media requests, interviews, represent this talent, and can not give out any contact information.

With almost 30 years of industry experience working with professional event planners and talent buyers like you, we can successfully work to hire Richie Santa for a corporate event, personal appearance, corporate entertainment, speaking engagement, endorsement, private party, or wedding. For complete information on booking Richie Santa for projects like branding and promotional marketing, product or service launches, print advertising campaigns, media events, fundraisers, social marketing campaigns, and a guest appearance on TV/Movie specials including, documentaries, infomercials or voice over in video games, please call us at (725) 228-5100.

CTI will contact the Richie Santa agent, manager or representative on your behalf to inquire about the current Richie Santa booking fee and availability, while negotiating the lowest cost on your behalf. Choose CTI as your booking agency for Richie Santa to hire at corporate events, conventions, trade shows, business retreats or for television and radio commercials, voice overs, and charity events. Be advised that the Richie Santa booking price may drastically change based where spokesperson campaigns, speeches, fairs and festivals; and even a shoutout, birthday party, or private concert is located when factoring domestic or international travel. CTI agency will help book Richie Santa if the buyer has the budget and if they are interested in the event. CTI can also assist on the production requirements for Richie Santa, when needed.